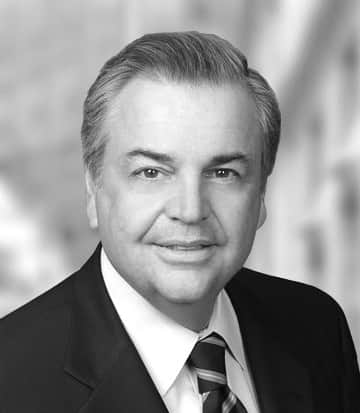 George P. Stamas is a partner in the Washington, D.C. and New York offices of Gibson, Dunn & Crutcher. He is a member of the firm’s Mergers and Acquisitions, Global Finance, and Private Equity Practice Groups.

Mr. Stamas focuses on public company and private equity mergers and acquisitions and corporate securities transactions. He also counsels C-level executives and boards of directors on corporate governance matters. Mr. Stamas has received a Band 1 rating by Chambers USA: America’s Leading Lawyers for Business in Corporate/M&A & Private Equity since 2004. Chambers USA’s comments have described Mr. Stamas as a “world class deal maker” who is “brilliant in a crisis” and has “a knack for finding middle ground when issues get contentious.” He is also ranked by Chambers Global as a leading attorney in Corporate/M&A. He has been recognized by Who’s Who Legal: M&A and Governance and listed by The Best Lawyers in America for 23 consecutive years. Mr. Stamas also has been honored by The Washington Post and he has been profiled by Crain’s New York as one of New York’s 200 most well-connected business people. Earlier in his career, Mr. Stamas was named by The American Lawyer as one of the leading 45 lawyers in America under the age of 45.

Prior to joining Gibson Dunn, Mr. Stamas was a senior partner with Kirkland & Ellis.

Mr. Stamas previously served as Vice Chair of the Board of Deutsche Banc Alex Brown, Inc.; as a founding board member of FTI Consulting (NYSE); as a venture partner of international venture capital firm New Enterprise Associates; and as a member of numerous public and private corporate boards. He is an executive board member of the New York private equity firm MidOcean Partners. Mr. Stamas is a partner of Monumental Partners, which controls the Washington Capitals and Washington Wizards; an investor and a member of the board of aXiomatic, a leading eSports platform that controls Team Liquid; and a partner of the Baltimore Orioles. Mr. Stamas is also a board member of the Shakespeare Theatre Company and on the National Advisory Council of Youth Inc. (Recipient of the 2018 John C. Whitehead Leadership Award). He is a co-founder and Board President of The Hellenic Initiative, a member of The Council on Foreign Relations, and a director-elect of Paris based Soparexo s.a., the parent corporation of Chateaux Margaux.